The bus returns downtown at 9 pm. That is, if it’s not hijacked by a pair of dangerously insane psychopaths.

“Life of a Craphead have been hired to assist the delivery of the two most dangerous people alive, two Psychopaths, from Pearson Airport to a unique correctional facility in Kingston, Ontario. These Psychopaths are extremely physically dangerous and are geniuses of manipulation who are insane. Corrections Canada has been quoted in their press release regarding the public transport of these dangerous people, ‘…we have never made a statement like this before but due to the risks involved the public should be aware that the Corrections Canada c.e.o. has admitted to being scared.’ To limit the time these dangerous people will be in transport, the motorcade will have to drive on the highway between Toronto and North York around 6 pm on Wednesday, April 4. Life of a Craphead are also scheduled to concurrently host the AGYU’s Performance Bus and have been quoted as saying, ‘There must be an error as we have not been hired to move those psycho guys.’” 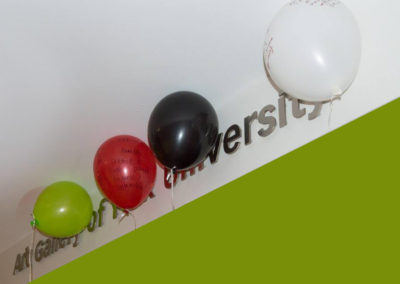