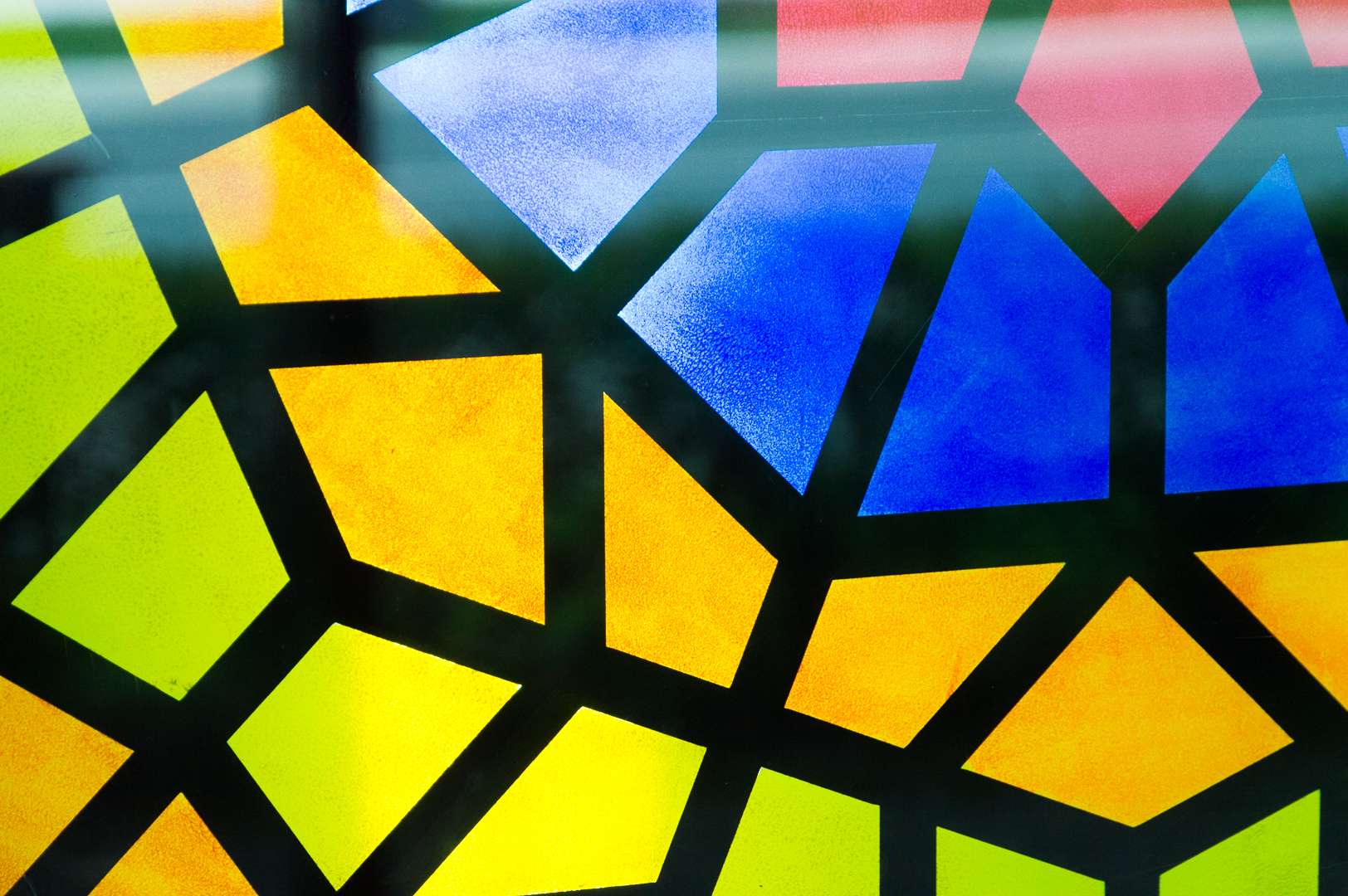 Talking Windows turns AGYU Vitrines into lightboxes. Using acrylic paint, geometrical patterns of orosi (stained-glass sash windows used in Persian architecture) are painted onto the vitrine’s glass. Instead of being a tool for presentation of its contents, the vitrines themselves have become an object of art, containing merely the light that makes the windows themselves visible.

As a teenager in Iran, Nima Arabi was drawn to both calligraphy and typography. This led to an initial schooling in graphic and textile design in Tehran. Migrating to Canada, he completed a BFA at York University, and is currently enrolled in the MFA program in visual art. Arabi’s work focuses on bridging cultural barriers between his Persian background and the Canadian context of his adopted home. 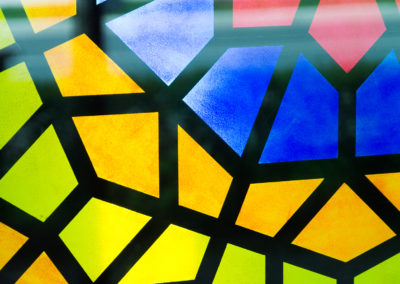