What Was Always Yours and Never Lost 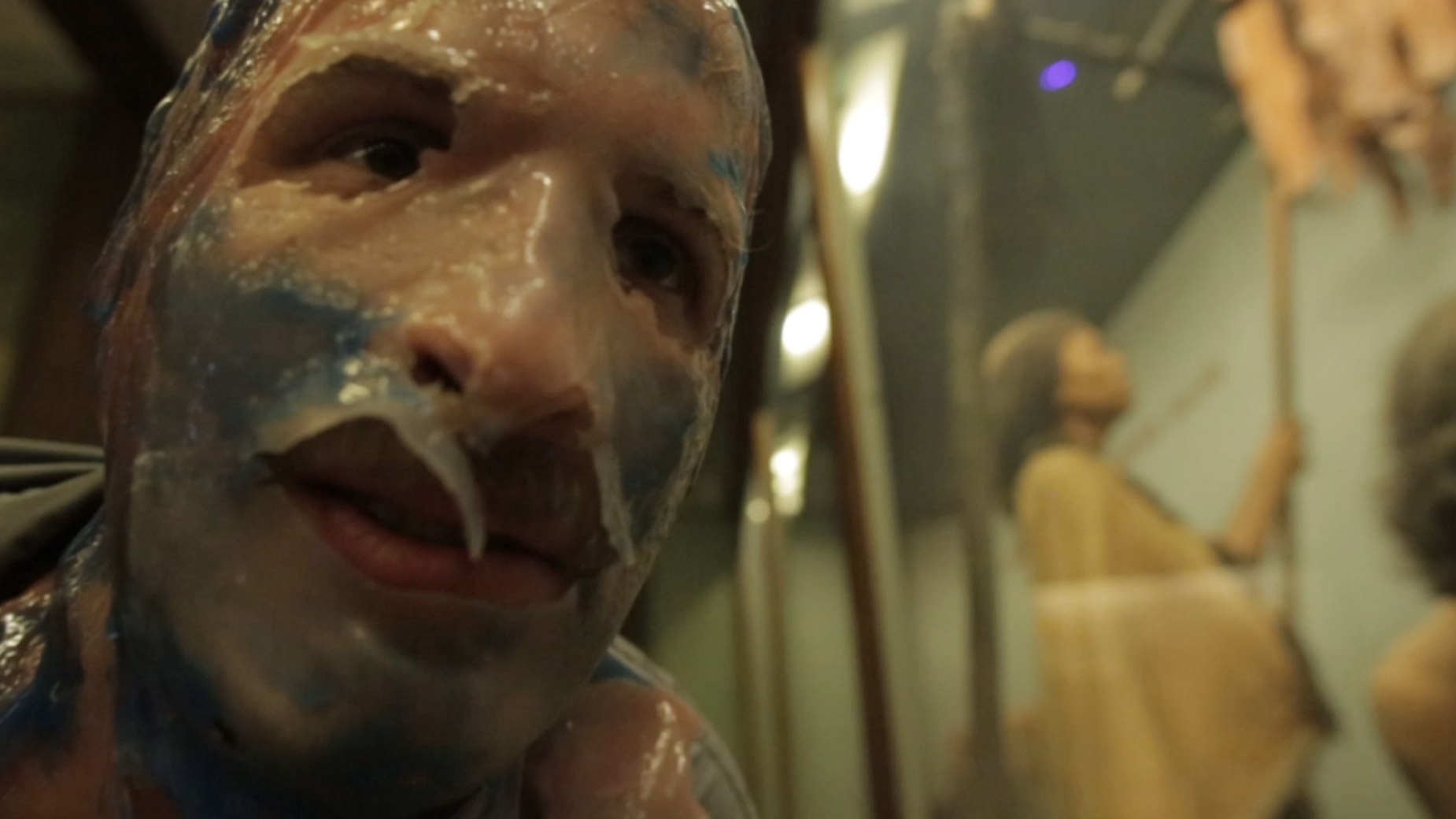 It’s a lonely thought that outside of the safe harbors of reservations, reserves, towns, circles of friends, and remembrances of what was and what could be, are whole other worlds that are familiar, yet at the same time still foreign. The moniker of the Indigenous is vast, and is often centered on those of us affected by Western colonialism. We don’t just walk in two worlds—it’s never that easy—we dip in and out of so many. Our accents change, our dialects shift, our bodies become larger or smaller, our voices become meeker or louder, and our jokes become softer and more benign—teasing in a way that can be harsh, mean, and morbid. It can be lonely, but there’s a freedom in being alone. Within that freedom you can find others who have already said what you’ve said, have thought the ideas you’ve thought, and are doing things you didn’t know could be done. It’s a relief and a beginning.

This program begins with a number of films from a number of makers that come from different backgrounds, different countries, different homelands, and different nations. Each artist makes work that traverse a wide range of topics dealing directly and indirectly with Indigeneity: assertions of identity and presence in the face of—and regardless of—colonial history and outdated traditions of anthropology, ethnography, and representation. For me, they fit together so well because of how different they are, and how they state and assert their individuality, their humor, their deliberations, and their love.

It was difficult to choose which works by each of these artists to include here. They all have expansive practices and processes that are hard to keep up with, let alone fit into a 70-minute screening. But the films in this program are both ones that I’ve been watching for years and ones that are brand new to me. Write to the artists and request screeners. Show their work and begin a conversation. Write to me if you don’t know how to get in contact with them. I love and respect all of the filmmakers in this program, and they have all challenged and transformed the way that I look at the world and how I exist in it. They’ve been generous and kind; I’ve laughed with them and they let me cry. They make space for poetry, for beauty, for movement between cosmological and visceral worlds, sometimes blurring the lines between both. They’ll teach you things that you didn’t know you needed to learn; they claim what was always theirs, and celebrate what was never lost.
—Sky Hopinka

This is the most recent iteration of this program, having previously been screened at institutions such as Yale Union (Portland, Oregon) and The Whitney Biennial (New York). 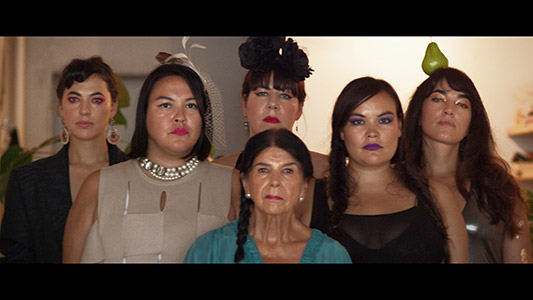 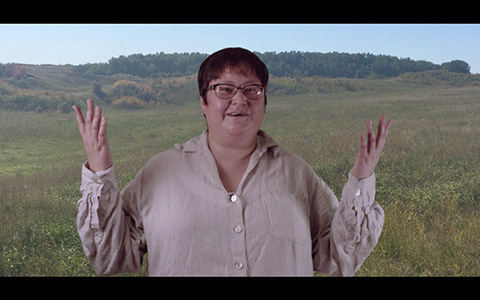 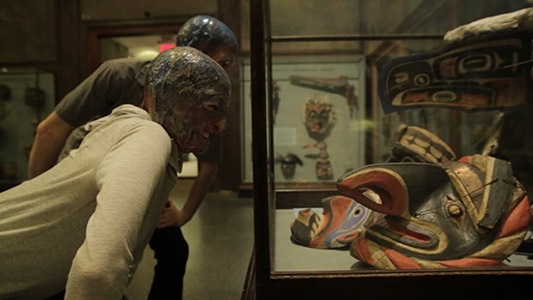 Adam Khalil, Zack Khalil, and Jackson Polys, The Violence of a Civilization without Secrets, 2017
HD video, colour, sound, 9:43
Originally commissioned by inhabitants for the Contour 8 Biennale, courtesy the artists 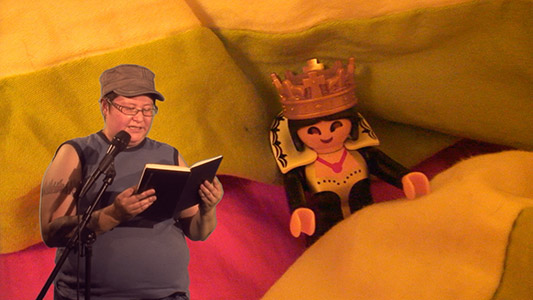 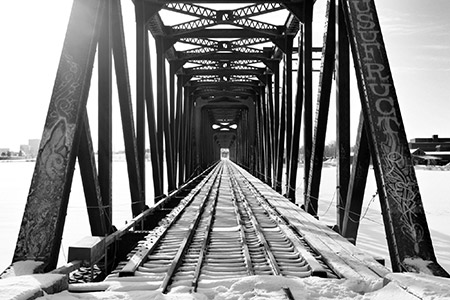 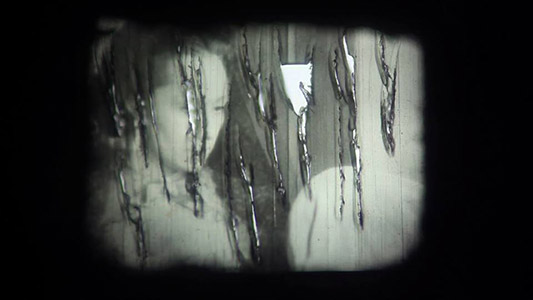 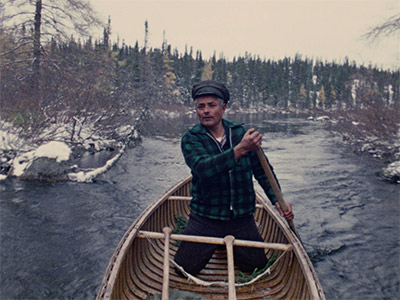 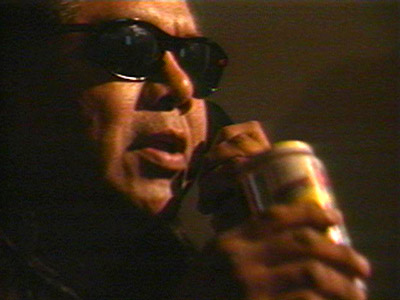 James Luna, The History of the Luiseño People, 1993
Video, colour, sound, 27:48
Courtesy the estate of James Luna and Video Data Bank at the School of the Art Institute of Chicago 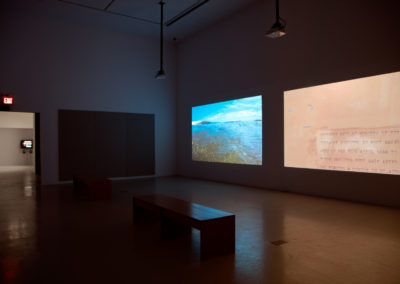 Sky Hopinka: Around the Edge of Encircling Lake 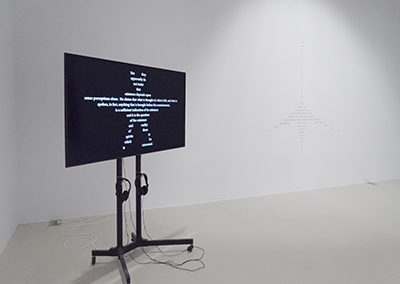 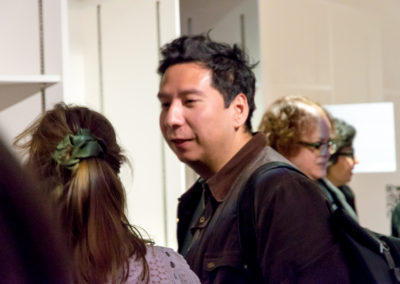